This post is intended for an audience of adults age 21 and older. This shop has been compensated by Collective Bias, Inc. and its advertiser. All opinions are mine alone. #BacardiAndCoke #CollectiveBias 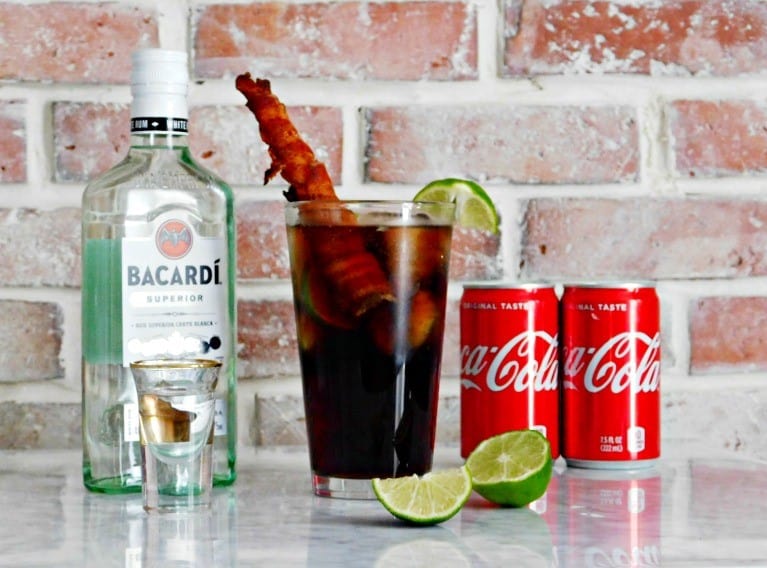 Rum and Coke With a Bacon Straw

Rum and Coke Recipe with a Bacon Straw

If you like to wow your guests with fun and interesting cocktails you will definitely want to try today’s Rum and Coke recipe with a bacon straw. As summer rolls around I’m planning on hosting guests for backyard parties and barbecues and I’m always looking for ways to put a new twist on classic recipes. Today I’m sharing how to make a straw to sip your rum and coke on out of one of everyone’s favorite foods, bacon!

Rum and Coke, is a highball cocktail consisting of cola, rum, and lime juice on ice. The cocktail originated in the early 20th century in Cuba, after the country won independence in the Spanish–American War.

The classic recipe calls for a ratio of 1 part rum to 2 parts Coke, although a ratio of 1:3 is more common these days. For this recipe I used one ounce of Bacardi Superior Rum and one Coca-Cola Mini Can . A wedge of lime complements the flavors of the Coke and helps to add some tartness to the sweet taste of the drink.

A Rum and Coke is served in a highball glass. A highball glass is a glass tumbler that can contain 240 to 350 millilitres (8 to 12 US fl oz). It is used to serve highball cocktails and other mixed drinks.

Rum cocktails are some of the 10 most popular drinks and Bacardi rum is the world’s favorite and most awarded rum.

Bacon is one of those trendy foods that people love to add to just about every meal (or dessert!) A bacon straw is made by wrapping a slice of bacon around a rolled up piece of aluminum foil and baking it. After the bacon cools, the aluminum foil is pulled out of the bacon and, voila! You have a bacon straw.

I went shopping for my supplies at my local grocery store and stocked up on Bacardi Superior Rum and Coca-Cola Mini Cans as well as bacon and limes. 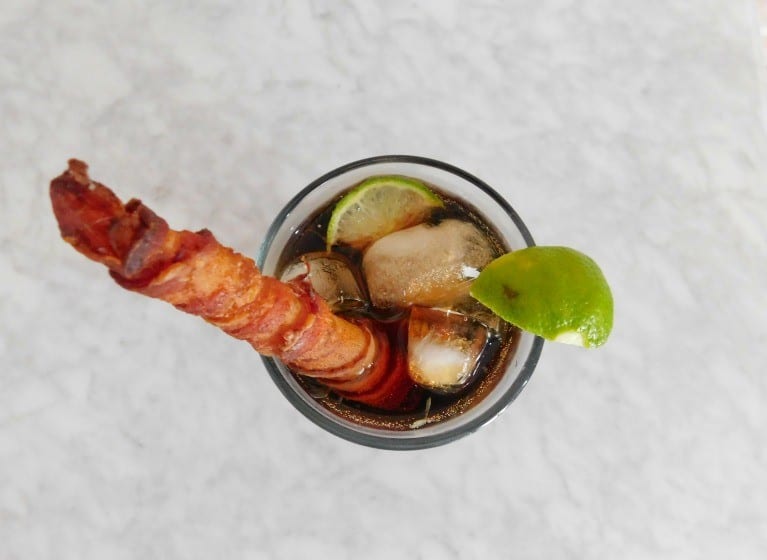 How to Make a Rum and Coke with a Bacon Straw

Ingredients for the bacon straw 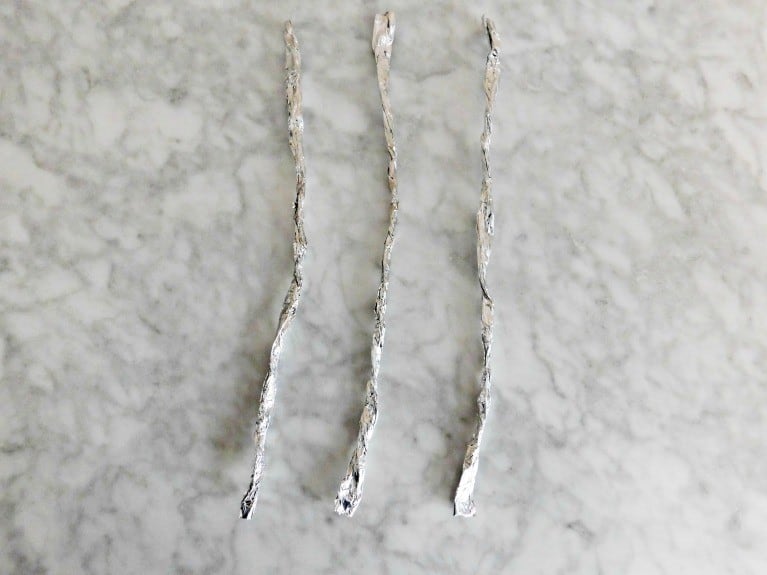 Directions for the bacon straw 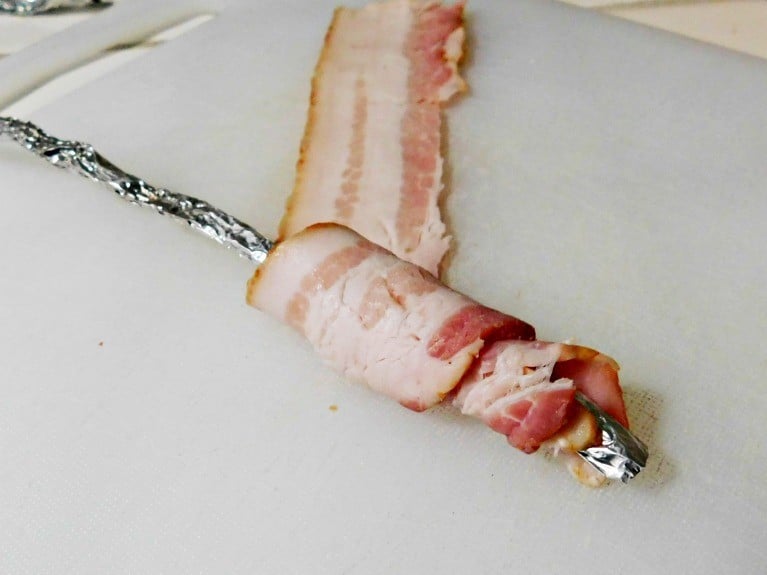 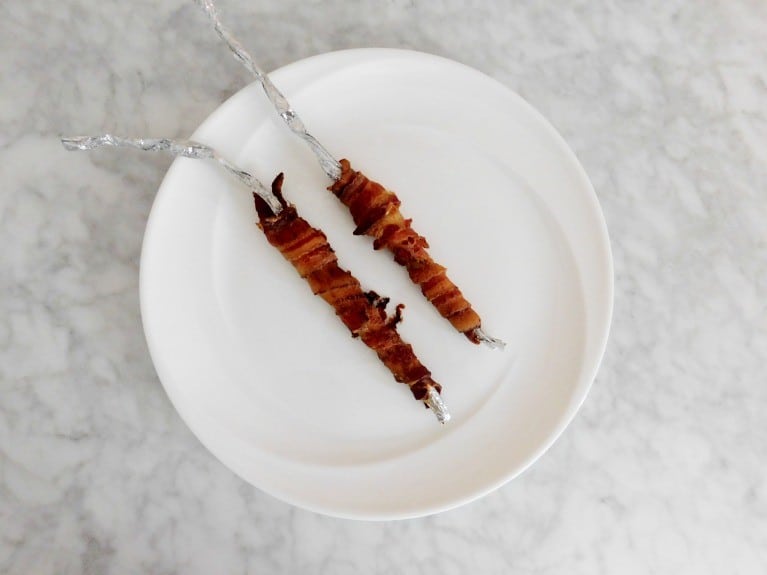 Ingredients for Rum and Coke

Directions for the Rum and Coke 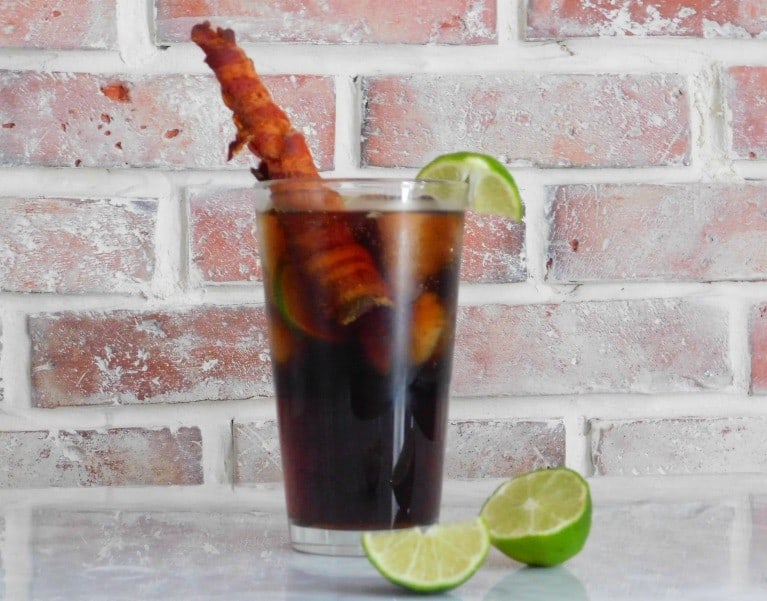 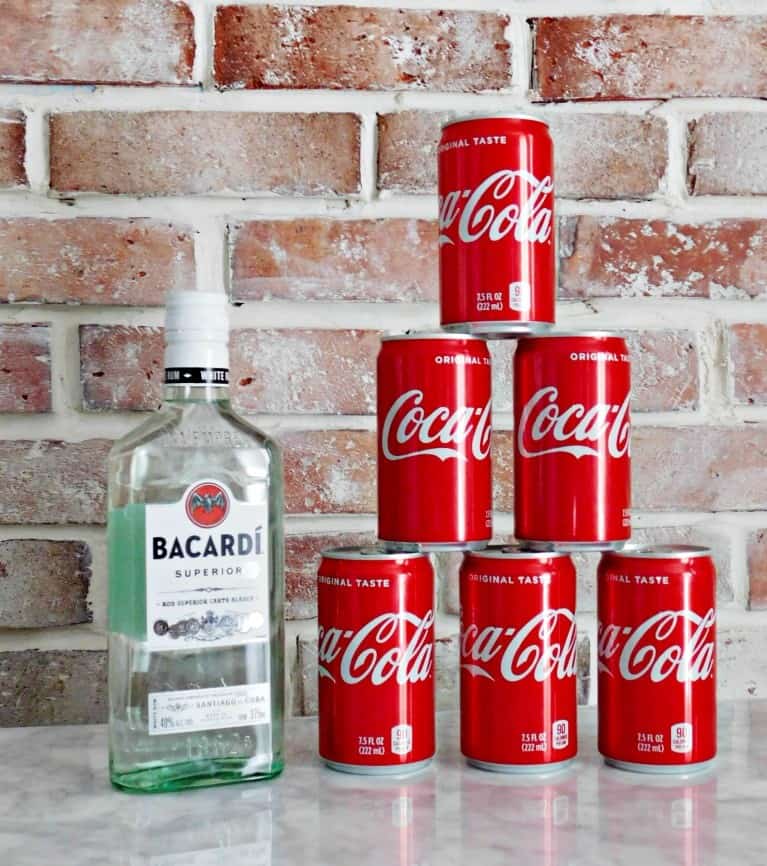 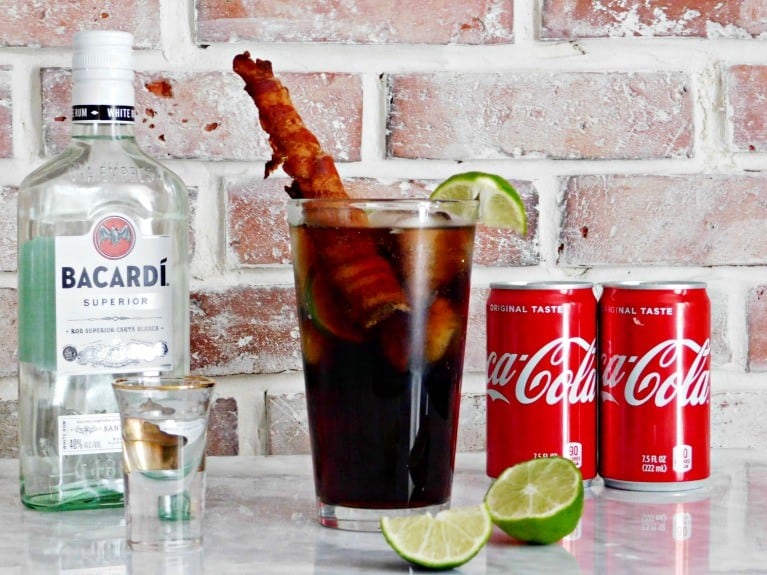 What fun cocktails are your mixing up this summer? Let me know in the comments and make sure you pick up some Bacardi Superior Rum and Coca-Cola Mini Cans on your next shopping trip.