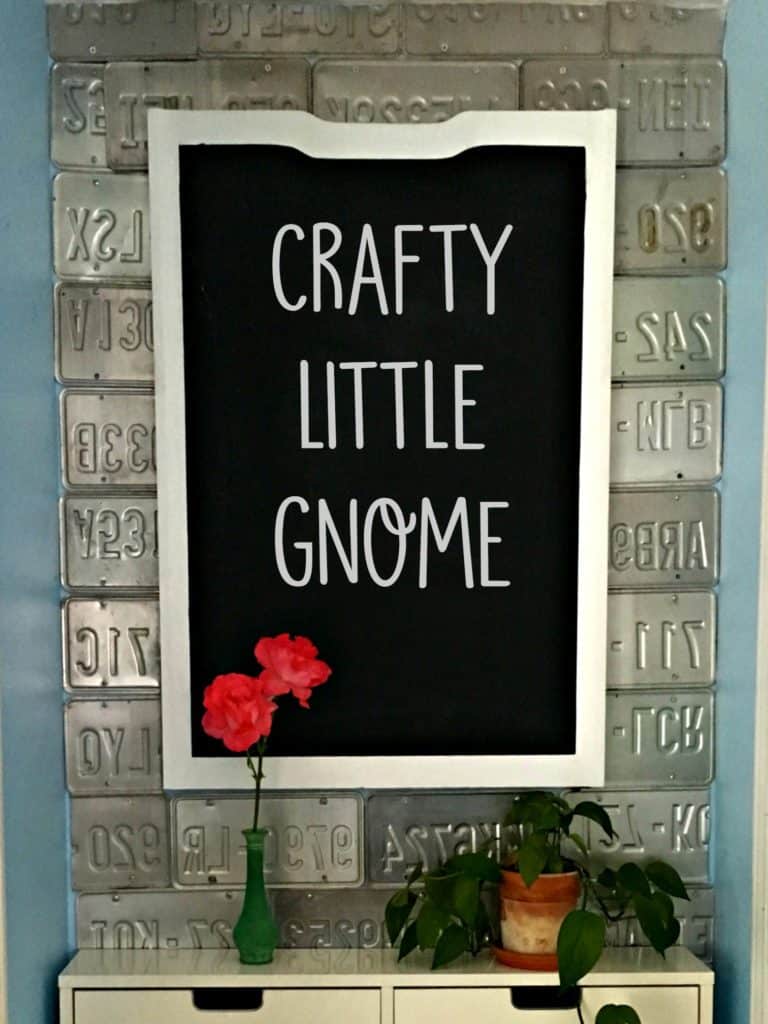 Today I am going to share a fun project I completed this week. I covered the wall in-between my front door and front hall closet with license plates!

I got this idea from the dance studio my daughter goes to. In the studio, they have license plates hung up backwards on the stair risers. I thought it looked so cool and I wanted to try something similar. Since our house is one level and we don't have stairs, this little wall would have to do.

My father in law has a scrap metal pile out in the woods and he has many, many license plates saved. He let me use some of them for this project. I suspect you could probably get some old license plates off Ebay or from a flea market.  This project was cheap and easy. Let me show you how to cover a wall with license plates.

Last year I made the chalk board hanging on this wall out of an old mirror. 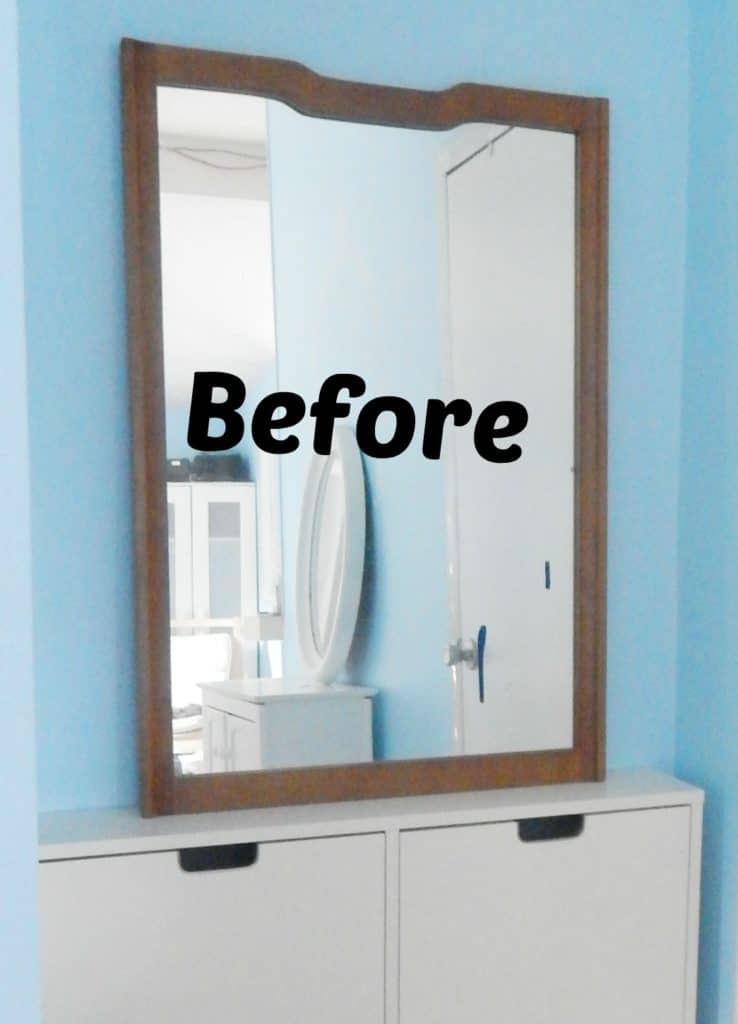 This is what the wall and mirror looked like before. 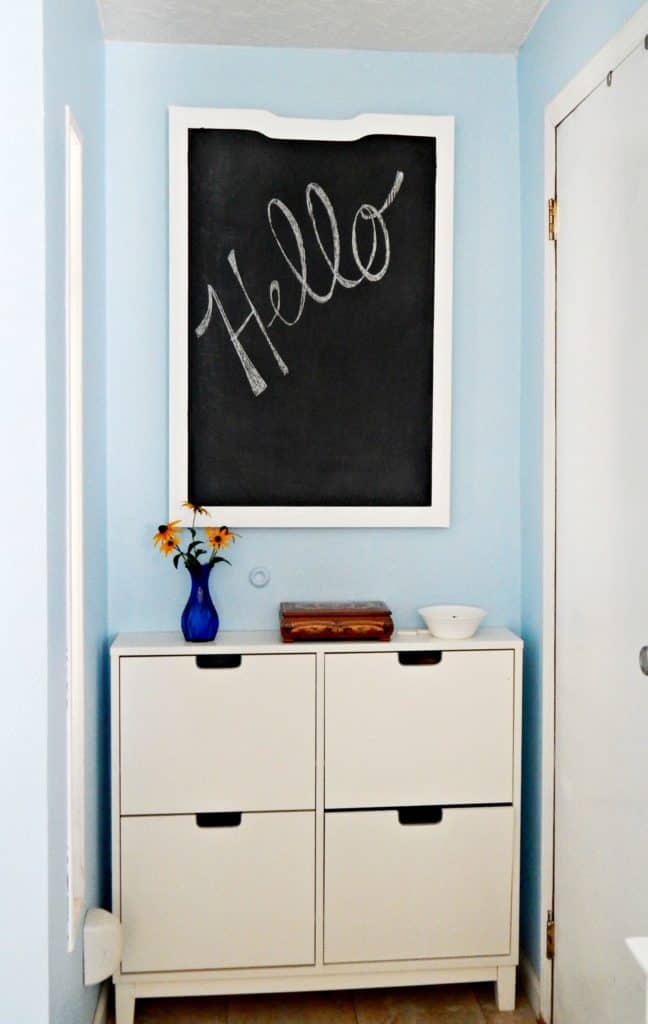 This is the "after" for that project and technically the "before" photo for the license plate project.

To start the license plate wall I selected my license plates and gave them a good scrub in the sink. I decided that I didn't need to put plates up on the wall behind the chalkboard or the shoe cabinet since those areas would not be seen. I traced the chalkboard so I knew how far in from the walls and how far above and below the chalkboard I would need to put the plates. Then I screwed them in. I used a level to make sure they would be installed straight and my drill with the screw driver bit attached.

For my first attempt at this project I tried using silver tacks. They did not work because the pin was not long enough and they popped right out of the wall. I scrounged around for screws in our tool supplies and found enough to secure all the plates.

I recommend staggering the plates like you would with a subway tile back splash. I think it looks nicer than if the plates were squared up. 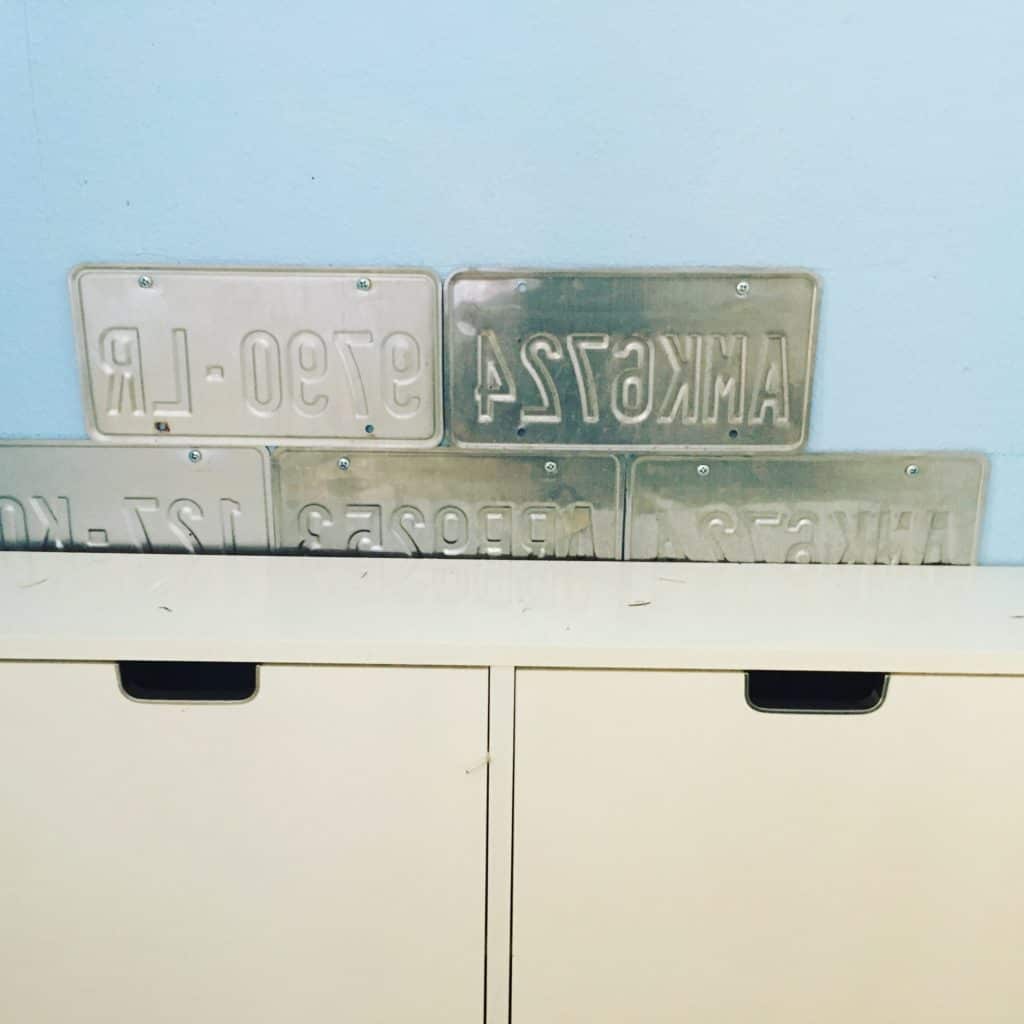 You will need to cut some of the license plates. I used snips meant for aluminum that I got from Lowe's. They are pretty heavy-duty but they got the job done well. Simply measure and mark on the plates where you need to make your cuts and use the snips like a pair of scissors. 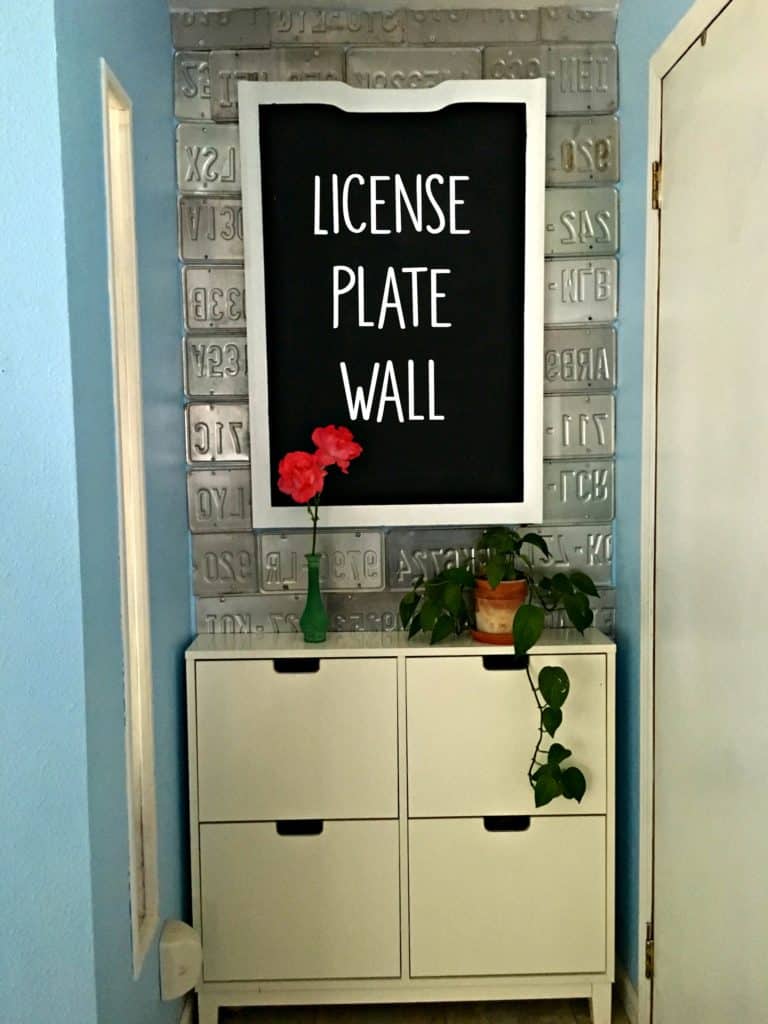 What do you think? Pretty fun, huh?

I was thinking I could use license plates for other projects around the house like a kitchen or bathroom back splash.

What do you think? Would you ever make a license plate wall?