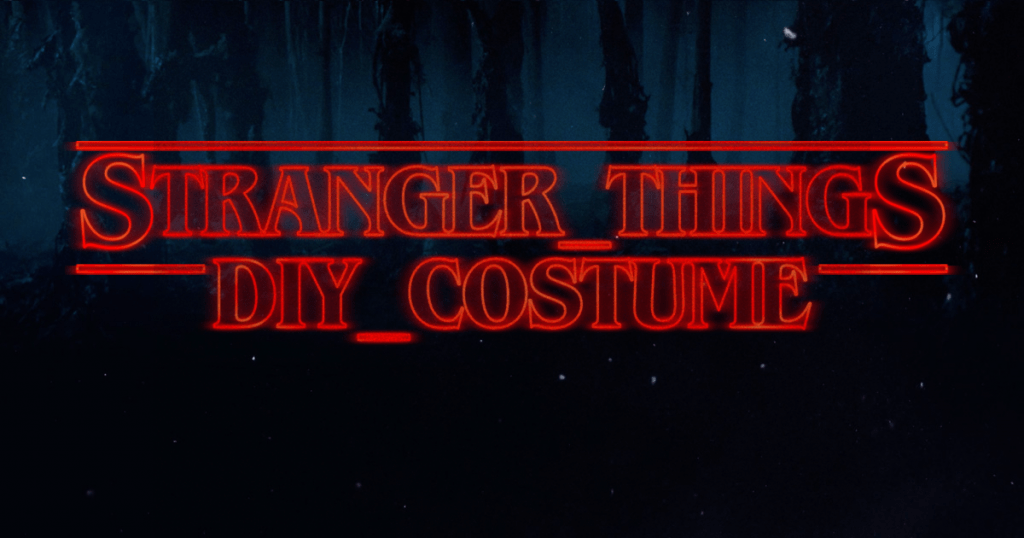 Today I'm sharing my DIY Halloween costume. Do you watch the TV show, Stranger Things? If you do then my costume this year will probably interest you. If you don't then you might be very confused by this costume. If you fall under the "confused" category I suggest you fire up Netflix and start watching season 1 of Stranger Things ASAP. The show is awesome and season 2 starts in about a week so you'll want to get caught up.

Last year I dressed up as a Ghostbuster and my costume was a big hit. It was super-fun making the Ghostbuster outfit and proton pack.

Because I shaved my head a few months ago I wanted to go with a costume that would take advantage of the one (and probably only) time I have a buzz cut. I decided on the character, Eleven from Stranger Things. I recreated Eleven's look in the iconic scene where she escapes and runs to the grocery store and steals the Eggo Waffles from the frozen food section. 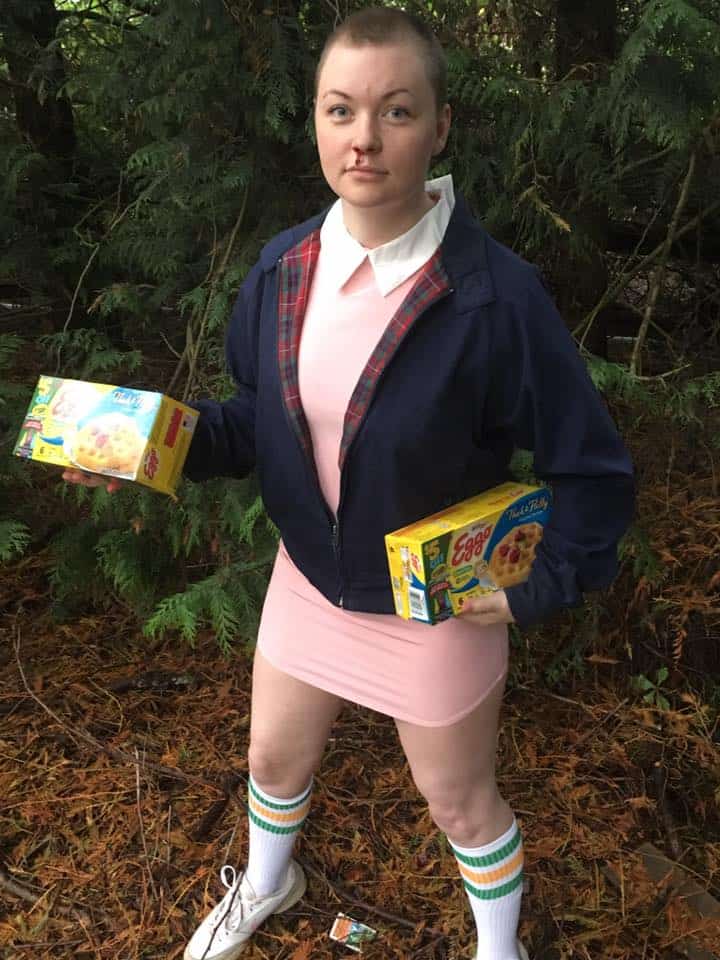 I like to make my own Halloween costumes because A) I'm cheap and B) It's fun. I was at the Halloween store that pops up in our town every fall with my daughter and saw that they had official Stranger Things costumes including the Eleven costume that I recreated above. I priced out all the elements of the costume and if I had bought the official costume it would have cost me over $100. I consider that price absolutely crazy for something I will wear once on Halloween.

I will admit I did buy the official Eleven socks from the Halloween store. They cost $7 (rip off I know, but I didn't think I could find anything similar at Target or Walmart) 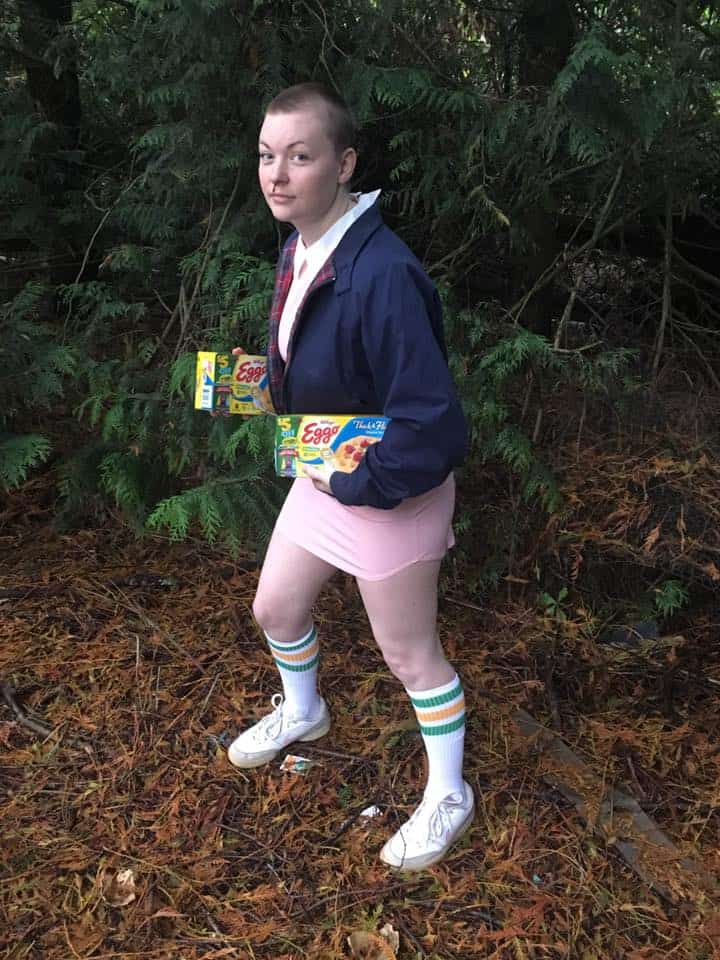 I bought the dress off Ebay. It was $10. Here is a link to the one I bought. I must advise you, it fits extremely small. I bought a medium which would normally fit fine but this one was skin tight and barely covers my butt. I'm 5'4" for reference. Make sure you buy a size way bigger than you need if you buy this one.

The coat came from the men's outerwear section at Value Village. There were about a million jackets similar to this one and it only cost $5. The shoes were also from Value Village and cost $6.

I bought the waffles from the supermarket and I plan to tape them to the jacket or sew them on somehow for Halloween night so I don't have to carry them around.

I finished it off with a drip of blood coming from my nose. I'm ready for my party this weekend and trick or treating with my daughter next week. 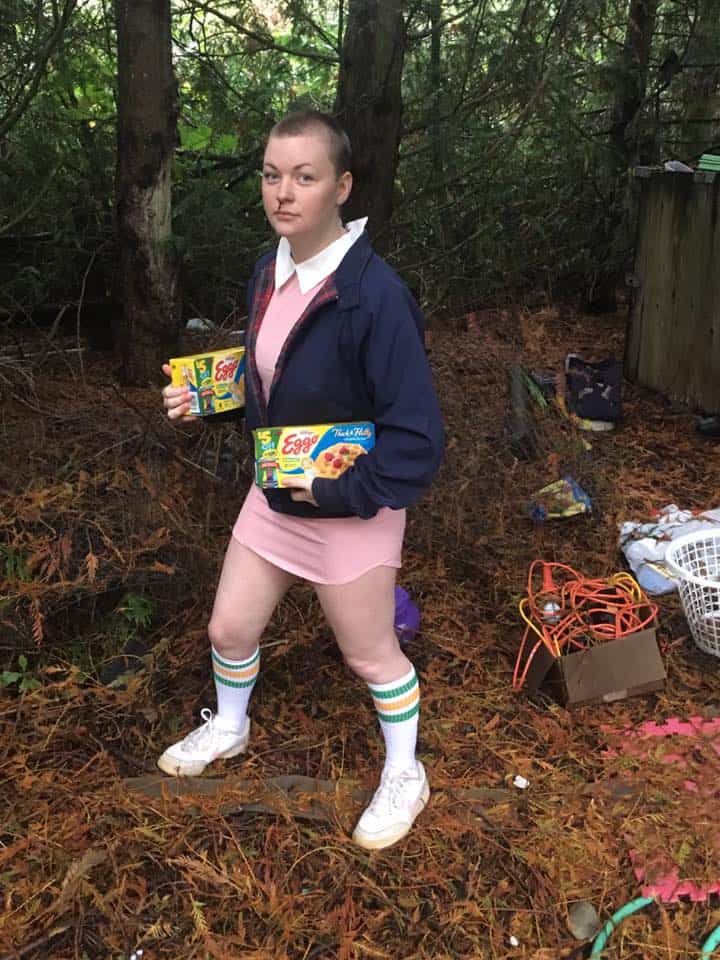 What do you think of my Eleven costume? What are you being for Halloween this year?

« Behind the Scenes at the #MetrinForAll Photo Shoot
Halloween Bathroom Decor »